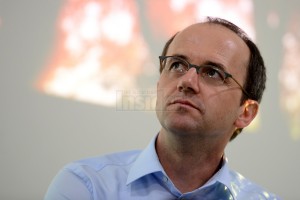 It appears that there will be more rope to hang Bruno Manser Fund’s Dr Lukas Straumann for the defamatory statements made in recent weeks against Sarawak governor Tun Pehin Sri Haji Abdul Taib Mahmud.

Bruno Manser Fund and Sarawak Report have been challenging Taib to sue them, and claiming that a lack of a lawsuit so far “proves” their case. Which sort of makes sense, provided you don’t think very hard.

They seem to calculate that a Governor, particularly one as proud of his shiny new job as Taib, won’t sue. But more to the point, they would get huge publicity and financial support – notably amongst wealthy activists in Europe – if they could run around claiming that they themselves were under attack.

What they hardly ever point out is that he already HAS sued and won [against Malaysiakini], specifically on the main issue that they hang their hats on: Their claim that Taib set up his brother to control and demand kickbacks from log exports was disproved.

This is probably the biggest single allegation made by Sarawak Report, BMF and Global Witness that has already been tested in court and thrown out. Yet they continue to make it, almost always without telling their readers that it has been disproved.

The Malaysiakini apology is there, and it looks as if Malaysiakini has just woken up to how legally exposed they are by their aggressive stance in repeating the foreigners assertions. If you yourself retract an attack, assert it wasn’t true, and apologise, you are on very weak ground.

And it is emerging that time is on Taib’s side. If an Australian university chancellor writes that he has read, believed, and acted upon the activists’ output, to the detriment of Taib, it cranks up the pressure on the authors. When the authors publicise this, it seems like a hit, but makes the pressure greater still. And when the activists hide from the public information that balances or defeats their claims, they give the Taib camp the opportunity to point this out.

So what game is Taib’s lawyers playing? At a casual breakfast chat with lawyers in Kuala Lumpur, BlogTakes was made to understand why it might be that the London law firm has yet to institute the suit against the Swiss NGO activist. It looks like they are playing smart in the street fight.

“They will want to give Straumann more rope to hang himself,” said a prominent lawyer specialising in litigation cases who is following reports published in Internet news portals. “When one suggests ‘Mafia’, one is really taking ‘defamatory’ to the sky.”

But the strategy seems to be two-pronged. We are beginning to realise that Straumann and Rewcastle write, and maintain, allegations that they know are disproved. It is now clear that allegations energetically channeled by them from Taib’s son’s divorce court case were the work of a convicted, professional forger.  Even Rewcastle has written to try to distance herself from the forger, while the divorce legal team in question limps gamely on.

“The more energy that Straumann and Rewcastle and others put into the attack, the easier it is to show the malice involved,” says the legal eagle.

“Malice”, to these lawyers, is a technical term. It refers – in defamation law – to people putting out information that is not only false and damaging, but which the author KNOWS to be false and damaging. It has a dramatic impact on damages in court, but behind the scenes, it also destroys credibility.

Editors eventually shy away from quoting from sources who can be shown to be maliciously wrong. Criticising forestry policy is easy, and however controversial, there are always many points of view. By attacking the family, Rewcastle and the BMF have, in the short term, made a huge splash, but they can be discredited by their obsession with Taib.

The Swiss-based rainforest NGO group had said a London law firm had been commissioned by the controversial Taib to stop a BBC interview on Lukas Straumann’s book, “Money Logging: On the Trail of the Asian Timber Mafia”, which exposed the governor and former chief minister’s vast wealth allegedly derived from illegal logging.

The key issue is in the detail: Allegations hurled by Straumann included that the former chief minister’s family received a US$5 million (RM18 million) mansion for US$1 (RM3.61) from a tycoon’s family in 1991.

Moreover, he subsequently claimed that Taib’s lawyers have “admitted a deal”.  What he didn’t explain was that the “admission” was made in a letter to him, while definitively dismantling his claim of corruption.

Other commentators are beginning to expose that Straumann and Rewcastle play games with “letters” they have received. The activists told us that they had used their powerful political connections to instigate investigations in Switzerland into Taib’s “secret” finances. They completely forgot to tell us that the investigations – two of them – were publicly closed down by the Swiss prosecutors, who found the allegations to be totally false.

The activists told us that they had written to the FBI complaining that the FBI was complicit in corruption because the law enforcement body rents space in the US from a company controlled by Taib’s offspring.  How is that investigation going?

Well, the FBI is still renting there, in spite of an open letter. Why? Probably because BMF centred on the claim that Taib’s brother “controls timber exports from Sarawak”, which is itself a wild exaggeration of the false claim that was already dismissed in court. And presumably the FBI are smart enough to work that one out from Google.

After controversial reports had surfaced, MalaysiaKini on January 20 subsequently reported an interesting piece of discovery. Presumably it had sighted the London legal letter, it posted what had not been declared in the open by Straumann,
The British law firm acting for Taib said the transaction of the mansion between Samling founder Yaw Teck Seng’s family to a member of Taib’s family was done at “full market value”.

The 9,000 square feet mansion is located in Seattle, US.

In a letter to Bruno Manser Fund executive director Lukas Straumann, Taib’s legal team said the US$1 transaction was done internally in the Yaw family as it placed the property under the family owned WA Bolyston Inc.
“The vendor and acquirer – as evidenced by the public available paperwork – were the Yaw family.

“This transaction was internal, to and perfectly normal practice for owners of a large property.

“Neither Abdul Taib Mahmud nor any of his family were party to that process, or had any interest in the property or company at that time,” read the letter disclosed by BMF.

It was only later that the company, together with the property under it, was transacted to Taib’s family at “full market value”, said Taib’s legal team.

“Subsequently, WA Boylston Inc was then sold on, in a legal transaction at a full market value, to a company controlled by members of Abdul Taib Mahmud’s family,” read the letter.

“It is obvious from a reading of this that Malaysiakini is seeing a lot more of that letter than Straumann has shown the world, and are quoting it carefully and in a balanced way.

Described as MalaysiaKini has done, it completely eliminates the spin Straumann put on his selective quoting from the same letter. “There was more in the letter from the London law firm to the NGO activist which had not been explained in totality for audiences to appreciate,” added another lawyer in the breakfast chat.

“Lukas Straumann appears to have been selective in his extracts of the legal letter and to paint an ugly picture far from the truth. I smell mala fide in the air,” added another lawyer at the table.

For the uninitiated, ‘mala fide’ is deemed the fraudulent deception of another person; the intentional or malicious refusal to perform some duty or contractual obligation.

“Straumann wants to sell his book quick before it is completely debunked,” said another.

It was also reported by MalaysiaKini that the British law firm Mishcon de Reya allegedly threatened legal action against the BBC were it to broadcast an interview conducted with Straumann on timber corruption in Sarawak. 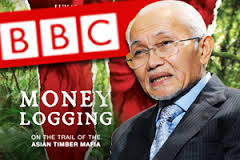 “During an interview with the BBC’s World Service, author and BMF executive director Straumann was shown a ‘strictly private and confidential,’ letter by Mishcon to the BBC.

“Mishcon’s claim was not backed by evidence on why the interview with Straumann should not be broadcast, apart from that Money Logging allegedly was ‘full of errors’,” said BMF in a statement.

BlogTakes believes that the BBC which covers wars and world leaders are not likely to feel threatened by a legal letter. Did Mishcon, a very experienced law firm really try to block the broadcast of an interview?

“They wouldn’t do that”, said the lawyer over his coffee “because it wouldn’t work for five seconds”. And yet the BBC seems to have binned the interview Straumann claims they recorded.

So what gives, apart from added length to a rope awaiting Lukas Straumann?

One thought on “More rope to hang Lukas Straumann?”