As part of a global push to combat terrorism, airlines in the USA will now keep a register and record passenger information of those who request halal meals and EU will now ban certain facebook, twitter, and google from displaying results in order to curb radicalization. 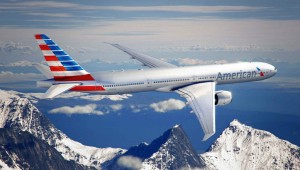 According to a statement from EU officials in Brussels, stricter laws will be in place to combat terrorism. The new laws now allow officials to interrogate and prevent entry and exit to EU if they appear to be “Islamic terrorists”. To share information, those deemed suspicious will have their details entered and modified under the SIS “Schengen Information System”.
EU citizens can have their passports confiscated and be detained by police as a way to ensure that entry to Syria to take part in the ISIL army will be prevented. The EU Interior Minister Dimitris Avramopolus said after a meeting in Riga, Latvia said that the information regarding terrorists and in order to prevent the development of further action, had to be combined.
Meanwhile, in the USA to combat terrorism, another measure has also made headlines, whereby the details of passengers who request halal meals will be recorded.Passengers who will be travelling to and from Europe will also have their details recorded and security officials will be free to interrogate those passengers at any given time. Avramopolus said that a law that provides names, credit card information, and requests of those passengers will also be recorded and registered, will also be passed as early as possible. This law however is currently still bing debated in the EU parliament.
The European Union needs to bring Internet companies fully on board in its fight against home-grown militants, the bloc’s interior ministers said on Thursday. EU member states are increasingly worried about young European Muslims heading to Middle East war zones and returning radicalised and ready to stage attacks at home.

Three weeks after gunmen killed 17 people in three attacks in Paris, the ministers focused on the role of the Internet in radicalisation during talks in Latvia, which holds the EU’s rotating six-month presidency.

“We must strengthen our efforts to cooperate closely with the industry and encourage them to remove terrorist and extremist content from their platforms,” the ministers said in a joint statement.

They also discussed wider use of information-sharing under existing tools such as Europol, the EU’s law enforcement agency.

“There is a clear urgency to reinforce initiatives aimed at making relevant information available to all concerned law-enforcement bodies,” the European Commissioner for Justice and Home Affairs, Dimitris Avramopoulos, told a news conference.

Last week, France urged all member states of the United Nations to work together on an international legal framework that would make social network providers share responsibility for the use of their platforms to spread messages promoting violence.