A TIME TO EVERY PURPOSE UNDER HEAVEN

The is the first installment in a five part series of articles, analysing the Malaysian Bar and the exclusive inner workings of this organization in the heat of the Shafee defamation suit currently being played out in the courts. Blogger Gopal Raj Kumar writes ..

Tan Sri Mohamed Shafee (Shafee) is the lawyer for the prosecution who prosecuted the appeal against Anwar Ibrahim (now jailed) on a charges of sodomy. 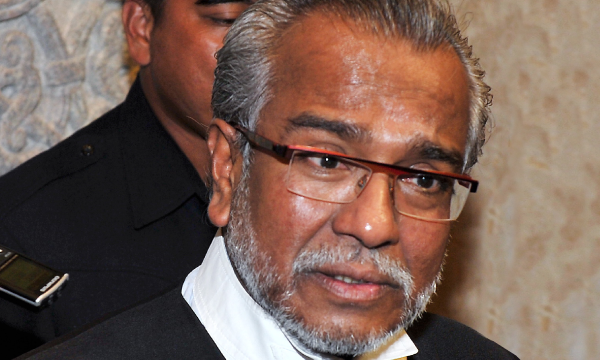 Shafee fell foul of the Malaysian Bar and its highly partisan and political leadership in bringing to an end the long drawn out Anwar Ibrahim sodomy trial. Anwar’s egregious conduct hanged the man in the end. Anwar was supported unequivocally by the Malaysian Bar.

Shafee on the other hand enraged the coalition of anti government, anti Muslim and anti Malay associates of Anwar and the Malaysian Bar who saw it as an intrinsic duty of every lawyer to ‘defend Anwar’ regardless of the inconsistencies, Anwar’s lies and the rest of the evidence stacked up against Anwar.  Not least of all the evidence handed to the prosecution in the end on a silver platter.

Amongst these pro Anwar force and an anti government coalition is the  foreign funded Bersih. Bersih is a highly partisan anti Malay, anti government political group funded by the NED and civil societies led by the lead defence counsel for the defendants in the Shafee defamation suit. She is Ambiga Srinivasan.

We examine the selective application of the Rules against some members of the Malaysian Bar in its breach and the historic waiving of action against others who breach these Rules.

We note and pay particular heed to the highly selective nature of the application of these Rules by the Malaysian Bar’s disciplinary committee and the reasons behind their conduct in this regard.

The Legal Profession Act (the Act) is being used as a tool of self righteousness by lead counsel for the defendants in the Shafee defamation case as the gold standard of righteousness, professionalism and professional conduct expected of lawyers in Malaysia.

We begin with Rule 5 of the Act and will in turn during the course of this week examine Rules 43 and 44 in order of priority.

Section 5-RULE AGAINST SELF PROMOTION AND PUBLICITY BY LAWYERS

Section 5 of the Rules deals with the issue of publicity. It is at the heart of Ambiga’s attack on Shafee in court. It is difficult to explain the hypocrisy and the blatant breaches of this Rule by a group of lawyers, some of who now appear before the courts in the Shafee matter.

The very fact of Bersih and the anti government Malaysian Bar’s continued involvement in appearing before the media on a regular and consistent basis is evidence of a breach of every element and the spirit of this section 5 of the Rules.

An article about the dangers of engaging in such conduct about seeking and soliciting (whether directly or otherwise) publicity under the guise of a justifiable cause in the interest of the public or the law involving lawyer Amrick Singh Siddhu is a case in point. That article was published on 1 December of 2015.

The Bar’s double standards in its application of Section 5 of its Rules is evident in every respect of the many appearances of their members including the defence counsel Ambiga Srinivasan. She shamelessly appears in opposition friendly media, online and in foreign TV, radio and print media outlets disseminating what is clearly falsehoods and anti government propaganda in furtherance of her own practice and causes.

Ambiga and her Associates conduct is a blatant breach of this section 5 of the Rule. It beggars belief she can now stand in court each day cross examining a fellow lawyer for supposedly breaching the same standard and Rule applicable to legal practitioners which if it were true would pale into comparative insignificance if not fall well below the breach threshold of the Rules.

Not one of Bersih, the Malaysian Bar’s political wing and those members of parliament who are also lawyers and therefore bound by these Rules whose conduct promotes breaches of  each of the sub sections identified below have been identifiably punished by the disciplinary committee of the Malaysian Bar or even so much as warranted a mention.

Some of the Rules breached by Bersih and its associates in the opposition all lawyers appear below:

Section 5 and its subsections below outlines prohibitions against the conduct by lawyers identified in those matters contained in those sub sections :

(iv) state anything that would be construed as offering any inducement to, or imposing any duress, upon any person as a means of obtaining professional business for himself or his firm;

(vi) make any laudatory references to himself or his firm, or directly or indirectly extol the quality of the professional services provided by him or his firm;
(viii) incorporate the armorial bearings of the Malaysian Bar and Bar Council; or

(ix) refer to the appointment of an Advocate and Solicitor currently or previously practicing in his firm to a judicial office.

(3) For the purposes of subparagraph (1)(a)(ii), a publicity is misleading, deceptive, inaccurate or false if-

(a) it contains a material misrepresentation of fact;

(b) it omits to state a material fact;

(c) it contains any information which cannot be reasonably verified; or

(d) it is likely to create an unjustified expectation about the results that can be achieved by the Advocate and Solicitor or his firm.

Incredibly and notably paragraph 3 of the above Section 5 of the Rules is splattered unceremoniously across the conduct of those members of the Malaysian Bar who have been highly partisan in their anti government activities and in complete breach of their own Rules. They include Ambiga Srinivasan and Tommy Thomas.