Divorces are entertaining to read, except for the former couple and families involved. Divorces of the rich are particularly stimulating, as they fight over money, and argue about interpretations and accuracy. A high profile case emerged in widespread coverage recently but first let’s get our understanding on the concept to start life anew. 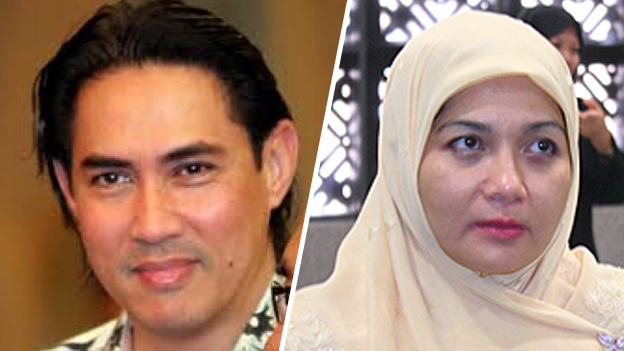 ‘Mutaah’ is an Islamic consolatory gift to provide for a former wife the ability to begin a new life after divorce. Mutaah originates from the Arabic word ‘al-Mataa’ meaning things which may delight the heart and can be put to good use. It is a Shariah practice that dates back centuries in the peacemaking between the parties from animosity in a divorce.

Mutaah claims in Islamic nations of the world recommend a minimum of 30 Dirhams as the conciliatory gift. Translated into gold the often accepted currency, this would amount to 100.8 grams or a Ringgit value equivalent of approximately RM14,000. Section 56 of the Islamic Family Law Act (Federal Territory) 1984, prescribes that a husband should pay a fair amount. Would that be a fair amount?

The suggested mutaah rate while no less than 30 dirhams or equivalent can also be not more than half of the acceptable dowry (mahar misil). Acceptable dowry is normally rated according to the dowry of the other female siblings of the wife’s kinship who share the same parents, or the same father or an aunt. Other factors to be considered in determining the acceptable dowry include beauty, wealth and geographical location – because dowries are rated differently in different states. Each state has its own customs and traditions.

Similarly to the status of a woman, normally a virgin is more favoured or desired than a divorcee. The same favouritism is applicable on the aspects of maturity of thinking, piousness, morality, knowledge, gracefulness and so on. The request for mutaah must be made by the wife to the court together with the divorce process, claim for ‘iddah (waiting period) and the children’s provision (nafkah). The gift of mutaah may only be done one time.

In the matrimonial feud between the former wife of Sarawak tycoon Datuk Seri Mahmud Abu Bekir Taib, Shahnaz Abdul Majid however sought to ask for a hefty RM100 million in this Islamic conciliatory concept. One’s understanding as a layman from all this is that it should be a fair amount to start life anew, and not necessarily to live and busk in wealth from a failed marriage. If an aggrieved wife wanted more for all the contributions she had provided towards the success of her former husband, she has the option to pursue a matrimonial assets division claim. In this instance, Shahnaz is asking a separate RM500 million for ‘harta pencarian’. How very interesting.

So this brings us down to the multi million dollar question – was the RM30 million mutaah award outrageously excessive? By Malaysian standards, this is the highest award ever in history, her lawyers said. And this has become the talk-of-the-town at mamak stalls and coffee cafes.

The highest mutaah award prior to this was recorded in the Shah Alam Shariah Court in a litigation that arrived at RM1 million. So Datuk Seri Mahmud’s case is 3,000 per cent more. Amazing and shocking! For RM30 million, Shahnaz would be enjoying a monthly RM100,000 for the next 25 years. This is a lifetime of luxury.

So how was this quantum arrived? Was there a lawful formula applied? Or did I understand correct that the honourable judge was reported to have found it difficult to assess and ruled based on Datuk Seri Mahmud’s spending on his credit card. Is that a valid formula? Top executives would often travel on business, reside in five-star hotels, and dine in fine restaurants to cultivate more business on company’s account, and not necessarily on a personal basis. So were these factors considered?

Shariah judge Muhamad Abdul Karim Wahab has certainly set a precedence for all upset ex wives and wives on the verge of divorce, to pursue exorbitant claims. The Shariah High Courts look set to see the Colossal claims that will pour into their courts. The floodgates will indeed see a tsunami. Perhaps the government needs to intervene as in Jordan, Egypt, Lebanon, Kuwait and a few other Muslim nations where mutaah quantums are more realistic and appropriate. This is after all a conciliatory gift and not a lottery jackpot.

Shahnaz, speaking to reporters immediately after the ruling, was overwhelmed by the RM30 million award. She told reporters that she had to digest the effects from it. So she too agrees the sum is over whelming. In fact, in her euphoria and enthusiasm, she even openly told reporters that she would give away one third of the award to single and abused mothers. That’s RM10 million. Noble that this may be, but it underscores the fact that there is more money than she needs for her to begin a new life.

So in even asking for RM100 million, was she desiring to punish her former husband? Shahnaz told MalaysiaKini that this was not merely about her claim but about her rights as a former wife, and also to ensure her former husband would not be punished in the hereafter for not settling this. So she is confirming she is playing Goddess, punishing him here on planet earth.

Conciliatory gift, and not penalty or punishment for abandonment

Have we gotten the concepts right in Islamic ‘mutaah’? After all, we are told that she was given a bungalow and a fleet of vehicles when they separated. Not to mention, monthly allowances. She was certainly not left a destitute. It would appear that her former husband had generously kept her in the manner to which she had become accustomed. Was his outlay really taken into account?  He freed her up to remarry if she chose to. Or did she go for the RM100 million mutaah only after that option clearly wasn’t working for her?

Her choice seems to have been to punish him, and his family, not so much to ask for a rightful mutaah, which presumably would have been the same whether he had been an angel or a devil. If a mutaah is really based upon her needs rather than his wrongs, the court case should have looked very different.

So one has to wonder what strategy her lawyers were running, and this seems to support Datuk Seri Mahmud’s claim that the case was hijacked for political aims. It has been effective in persuading the judge to set a high award, and spectacularly effective in defaming him, but at the cost of demeaning her, and presenting an ugly side of her attitude to their only son.

Can we disrespectfully observe that though he is happily remarried, she has been presented by her own ruthless legal team as a pitiless termagant. Her chances of happy remarriage have to have been hurt by the way this worked out. So maybe she needs all the money she can get.

Of course, the aggrieved husband finds this all very ridiculous and has instructed his legal team to lodge a notice of appeal on the ruling. And more importantly, a stay of the 3 staggered installments payable over a six-month period. The judge must himself have felt that to award the ‘mutaah’ in one lump sum would be painful for any husband to fork out in one breath.

Between the aggrieved parties Shahnaz and Datuk Seri Mahmud, records at e-Syariah show more than 39 applications and cases lodged. The ‘mutaah’ claim looks like it has still a long journey to go before it will be finally settled.

“What was supposed to be a private matter before the courts was blown up into an international attack and slander to change the political landscape of Sarawak,” said Datuk Seri Mahmud in court testimony. Those attacks, he said, had even reached the Swiss Parliament where MPs had demanded that Swiss banks reveal his accounts following Shahnaz’s revelation of 111 purported offshore bank accounts. But the truth that emerged was that there were no such accounts as claimed.

Clare Rewcastle-Brown’s Sarawak Report, was also in the play. She had picked up “every conceivable piece of malicious gossip and political scandal” to undermine Datuk Seri Mahmud’s reputation and credibility as well as that of his father, Sarawak Governor, Tun Pehin Sri Haji Abdul Taib Mahmud.

For Shahnaz, the embarassing revelation in court she may not be a virgin when she married Mahmud, surfaced. Dirty laundry exposed be as it may but that is how high profile divorces end up for public consumption, a lot of fun to read. And there is still a long road to go as divorced couples fight their way.