The starscape on Malaysia’s arts scene has dimmed by one with the passing of beauty queen, actress and theatre personality Samantha Schubert following a brief but hard-fought battle with pancreatic cancer. Schubert was 47.  Those close to her had prepared themselves as best as they could for what would be a heartbreaking goodbye to a cherished friend and loving mother. Geraldine Jeremiah of Star2 writes .. 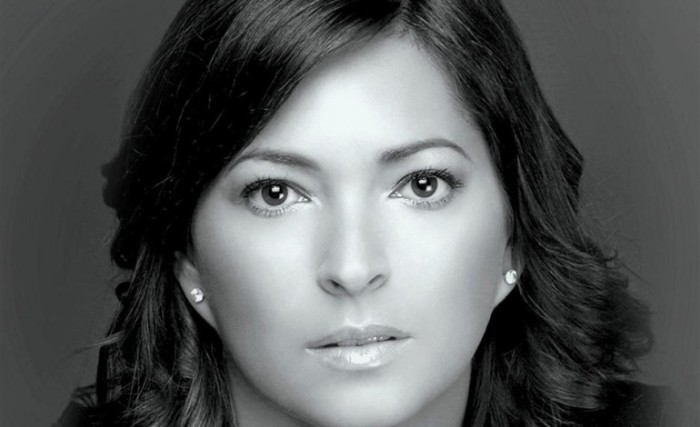 The impact of Schubert’s death hit soon after the news broke on her passing. Social media was flooded with tributes to Schubert. Many were from Malaysian celebrities who had worked alongside Schubert in theatre, TV and film but a lot more came from all pockets of society.

The outpouring of grief for the former Miss Malaysia-World 1991 and those who fondly remembered her from the much talked-about Nescafe ad in the 1990s was beyond touching.

“I never knew she touched so many lives,” said Sarah Malik, who grew up with Schubert. “And I don’t think Sam realised that either. She was always unassuming.”

Schubert, who was diagnosed with the disease in August 2015 after going in for a check-up over a persistent backache, had taken in the news with amazing fortitude. With characteristic panache that had seen Schubert through other adversities in her life – including the untimely deaths of her brothers Richard and Peter, and a miscarriage – set out to spend whatever time she had left in giving it her all.

Schubert with her children (from left) Thomas, Jodie and Harry, in a photoshoot with The Star in 2011.

Her children Jodie, 12, Harry, 10, and Thomas, seven, along with her British husband Oliver Knott flew in from England to be with Schubert as she underwent chemotherapy.

Schubert, who had been living in England for some time, had returned to Malaysia earlier to perform in a play produced and directed by actress Susan Lankester. She stayed on to spend some quality time with her ailing 90-year-old mum Datuk Dr Paddy Bowie.

After her diagnosis, doctors had advised Schubert that long haul travel was not advisable, and so Schubert remained.

Schubert’s grounding in the arts had started through dance. She honed her talent during her formative years at school in England but Bowie, will attest that Schubert always had it in her.

Her “precocious debut” was during a visit to the Royal Palace at Sri Menanti in Negri Sembilan, wrote Bowie in a column for The Star. “We were in the Great Hall. The band struck up. But before the assembled adults could begin to dance, this three-year-old girl took the floor and stole the show.”

Schubert went on from there with dogged determination to find her destiny in entertainment.

After graduation Schubert hung around for auditions taking on work wherever she could in musicals and TV. She also went to Los Angeles to “try her luck”.

“As long as I am working, I am usually quite happy,” Schubert had consistently maintained.

While she was abroad, Malaysia was always and truly her home and during her downtime, Schubert would “recharge at her happy place”.

She returned to Malaysia as a dancer and signed on with Genting. Soon after that gig she was enlisted to join “The Girls”, the dance troupe of legendary entertainer Sudirman.

“The first time I met Sam was when she came to Penang to do a show for World Aids Day in the mid 1990s. I remember thinking she was so beautiful and boy can she dance,” remembered actress Sue Tan.

Schubert was an amazing dancer according to Tiara Jacquelina in a tribute posted on Facebook. “Samantha was one of the members of the Kit Kat Klub show, and could dance to Paula Abdul’s Straight Up like nobody.”

However, an injury derailed Schubert’s dance dreams. Instead of giving up, she moved on to acting. Singing was not an option as Schubert had described herself as “the worst singer possible”.

Her public profile grew steadily. And after her crowning as the country’s reigning beauty queen in 1991, Schubert rose to stardom.

There were some hits and misses along her career, including the box-office flop Red Scorpion 2 (1994) and a controversial car commercial, but Schubert was unfazed by the setbacks and continued to persevere.

Actress Sofia Jane first met Schubert in the 1980s when both started out as models. “I can’t ever remember her not smiling, which made her approachable,” Sofia recounted.

In 2010, they had the chance to collaborate in the theatre play Natrah. “If there’s one thing to say about Sam, it would be the fact that she always listened with care, always giving as a performer which says a lot about her as a person,” Sofia added.

Whether decked out in glamorous gowns on the covers of fashion magazines, gracing TV screens and movies or fronting numerous ad campaigns, Schubert took every job opportunity as a blessing. She remained genuine throughout and never took her fame for granted.

She married Knott in 2002 and the two collaborated on the 2006 bilingual flick The Red Kebaya.

Andre Berly, producer of The Red Kebaya, called Schubert a “brilliant actress and an extraordinary friend.”

“When (actor) Ramli Hassan passed away almost a year ago, she came to comfort me. She knew she was sick at that time, but did not say a word. She simply tried to help me go through a painful time,” Berly said.

Schubert’s role in the movie won her the Female Villain award at the 2007 Anugerah Oskar Malaysia.

On the high note of The Red Kebaya, and with more than enough acting credits under her belt, Schubert retreated from public life and returned to England to focus on raising her children with Knott.