LIKE many Malaysians, I am disturbed by the current developments and directions our country is taking. Race and religion seem to be used as tools to gain popularity and leverage by individuals who appear to be oblivious to the negative repercussions that may ensue. Former Director General of Health, Tan Sri Dr Ismail Merican articulates .. 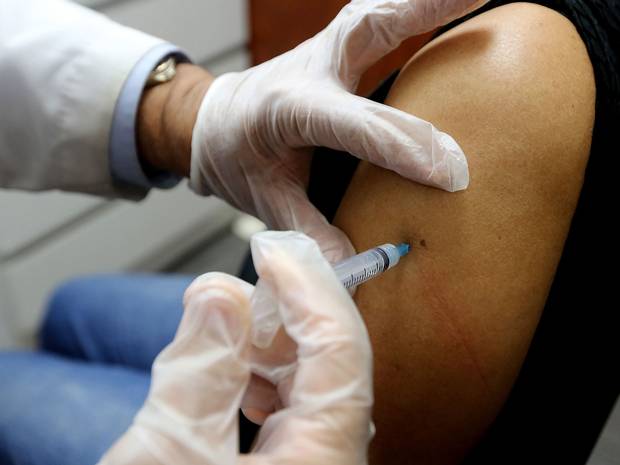 This motley group of people comprises politicians, religious leaders and spokespersons of minor NGOs. They believe that by doing so, they will move the whole nation closer to God.

Some have caused irreparable damage by encouraging Muslim parents not to vaccinate their children. This is the height of absurdity and reflects the huge knowledge gap they seem to have on the benefits of vaccination.

Granted there may be side effects but the benefits of vaccination in the prevention of disease far outweigh its risks and millions of lives have been saved by it.

Then there is the issue of herd immunity. If fewer people are infected with the disease through vaccination, fewer people can spread it to others.

Therefore, people who are not vaccinated are less likely to contract the disease if those around them are protected. The proportion of the community that needs to be individually immune to a disease in order to provide herd immunity is higher for diseases that are more contagious.

For measles, 83% to 94% of a population must be individually immune to confer herd immunity. Serious side effects of vaccines are very rare.

Sadly, in Malaysia we now hear of deaths from diphtheria, a disease most of us have long forgotten because of its rarity after successful immunisation programmes.

It has now re-emerged with a vengeance, thanks to misinformation and scare tactics of detractors. It is quite unbelievable that Malaysia, which aspires to be a developed nation in four years, is now saddled with vaccine-preventable diseases just because parents have been misled by a few pretentious individuals.

I think the Health Ministry (MOH) should do more. Organise forums, call in stakeholders and civil society, and engage with opponents of the programme. In short, it must make itself visible and genuinely concerned.

We cannot allow these possibly naïve people to gradually demolish a highly successful immunisation strategy. Sending out press statements and releases is not going to solve the problem.

Next is the announcement by my medically-trained learned colleague, Datuk Seri Dr Hilmi Yahaya, the Deputy Health Minister, regarding plans to only allow female doctors to deliver babies in public hospitals.

I thought I was suffering from hypoglycaemia as a result of fasting when I read it.

What was he thinking? Surely he knew that doctors are bound by our code of ethics and professional conduct.

We are not allowed to discriminate by gender, race or religion. Our role is to save as many lives as possible, all done ethically and with safety in mind.

For the record, the majority of babies are delivered by midwives who are exclusively female. The specialist, male or female, will only intervene if complications occur.

If one insists on a specialist of a particular sex, treatment could be delayed with life-threatening complications.

Our health system has done extremely well since our independence and we have impressive health indicators. This was achieved through a health care system that did not discriminate by gender. Whoever had the required expertise would be allowed to treat patients.

Allowing only females to become obstetrics and gynaecology (O&G) specialists would prevent their male counterparts from pursuing a discipline. You will be limiting his freedom of choice.

The training of a specialist obstetrician and gynaecologist is not restricted to a certain gender. Moreover, the O&G fraternity has developed sub-specialties which include gynae-oncology, feto-maternal medicine, reproductive medicine and uro-gynaecology.

Some of these sub-specialties, such as gynae-oncology, are already male dominated due to the long hours.

If O&G specialists are predominantly female, the growth of certain vital sub-specialties may be restricted.

So what is next? Allowing only female surgeons to do breast surgery? Introducing gender biased policies in health care can be detrimental.

The conundrum of gender selective entry into the medical field will lead to multiple issues such as shortage of male doctors in fields like urology and restriction of breast surgery only to female doctors.

The choice of who the patient wants to deliver her child is really hers. Private health care already provides the choice to the patient as to who she wishes to see for obstetric care.

Patients do realise that they should have confidence in the skills and experience of the doctor and choice should not be based solely on the gender. It is important to choose a doctor who possesses recognised qualifications and experience.

The vision of health for all cannot be achieved through gender selective policies.