If the Tamils of Malaysia seriously wish to improve the condition of their community and enhance the opportunities available to them, they have to engage firstly in a little introspection of themselves. It is not as if they are altogether deprived any more than say the rural Malays who also deprived of economic and education opportunities. In the spirit of Deepavali, blogger Gopal Raj Kumar writes … 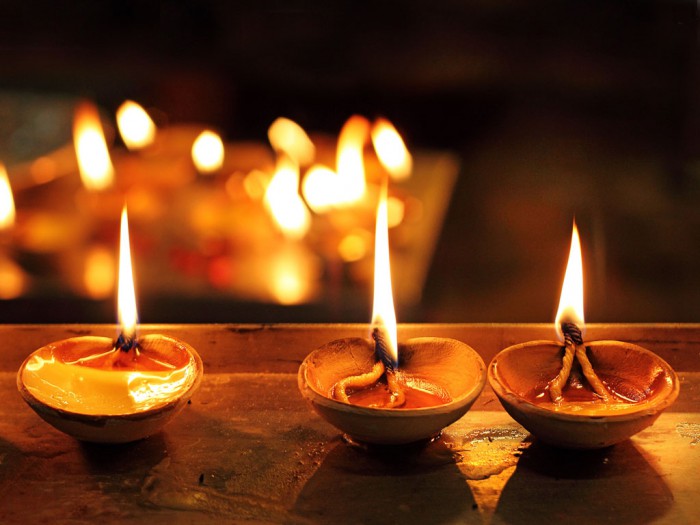 The Chinese whatever one may think of them or say of them, did not land in Malaysia (or Malaya as it was then) on wings of eagles or golden horse drawn carriages. Nothing, no one favoured them in colonial Malaya. The future looked equally if not more bleak to the Chinese on the departure of the British at independence. The Tamils had India to go back to if the tide did not favour them. The Chinese had nowhere to run to. It was a do or die situation.

The Chinese without the burden of a caste ridden culture or  a homeland to return to, had little to hold them back. They soon found their sea legs and turned their forlorn community of labourers, beggars,  tradesmen, warlords, unskilled artisans and social misfits into a nation within a nation.

A handful of their leaders who were independently wealthy and economically well off soon engaged the Malay political elite, trading favours behind a wall of silence and secrecy that often goes with such transactions.

The Tengku Abdul Rahman was soon enamoured by a group he once distrusted and distanced himself from for a number of reasons. They persisted and gradually built for themselves inextricable and  indispensable bonds with the Malays. By contrast many of the upper caste and in particular Jaffna Tamils who enjoyed priviledge and position under the British, reserved any influence and opportunity they enjoyed through their connections to themselves, for their clans and their parochial communities. A subservient Tamil community was born.

In the current political situation in Malaysia, the Tamils have an unprecedented smorgass board of opportunities staring them in the face. The question is will they grab it this time with both hands for the blessing it is or continue to bicker amongst themselves, rely on “ leaders” who are nothing more than self serving  political eunuchs. Or will they re-organize and rise to the challenges in the form of opportunities presented to them by the current Barisan government?

Ambiga Srinivasan like her father before her has no Tamil credentials to speak of. She has jettisoned her Tamilness for the pseudo western Bersih types funded and trained on destablising Malaysia. Her treatment of Waytha Murthi and his Hindraf group when she led the Malaysian Bar speaks volumes of commitment to the Tamils. She serves communities and masters outside of Malaysia.

Waytha Murthi on the other hand turned out to be a flash in the pan. Lacking leadership qualities he made his mark amongst the Tamils by making a few noises on their behalf with his university of London law degree.

The man is not terribly competent as a lawyer and neither are those members of his inner circle with or without their LLB’s any different to him. He and Hindraf have squandered all the opportunities placed before them by a sympathetic government. Watha and Hindraf (the brothers) have not accounted for the hundreds and thousands of dollars contributed by Hindraf members since 2007.  Waythamurthi is unreliable as he is unpredictable and undependable. He switches political allegiances than most people change their under garments. But that’s Waythamurthi for you. Playing the role of Gandhi where there is no violence inflicted by government against Tamils is misplaced. In fact if he has to play the non violent role, it has to be directed towards his violence prone community of Tamils.

If Tamil leaders do not deliver long term tangible results in the short term, they must be jettisoned to make place for a younger more dynamic generation of politicians who are more politically savvy, capable and strategic in their thinking than the Waythas of this world.

Watha wanted Rome to be built in a day. It was not going to happen. It was a tactical blunder on his part to hold a gun to the government’s head demanding cash handouts and ‘projects’ to a rudderless community that has demonstrated no capacity to look after themselves. He wanted to run before he could walk.

Malaysia’s Tamils have unfortunately had a history of incompetent self serving leaders from VT Sambanthan onwards. None of them have done much for their community apart from exploiting the Tamils for personal gain and nothing else.

There is little to show in achievement and advancement for the Tamils that occurred during tenure of VT Sambanthan, Manickavasagam, Murughesu (who was found dead in a Chinese brothel in Chow Kit Road in the 1970’s) or any of their successors in office.

As for the more controversial Datuk Samy Velu there can be no doubt that inspite of the allegations of corruption against him, there is a lot more to show in terms of economic and educational advancement for the Tamil community that occurred during his tenure at the helm of the Malaysian Indian Congress (MIC). Datuk Sami Velu faced unprecedented challenges and resistance from Tun Dr. Mahathir and an Anwar Ibrahim who were both openly hostile to the Tamils when they were in office. Anwar had a pathological hatred for the Tamils and his many derogatory references to them is legend.

Whilst there now appears to be a Tamil polity that appears to want manna to fall from the  sky to “free them form their despair and suffering” many resort to violence disappointed with the failure of those unrealistic expectations of quick wealth, prosperity and advancement promised them by their wayward leaders.

In order for Tamils to move forward in a highly competitive Malaysia they only need to look around them and to their own kind who have made it successfully. Amongst them are journalists who speak, read and write in perfect Bahasa Melayu. There are doctors, manufacturers, grocers, lawyers, teachers and Tamils in almost every form of human endeavour who have willed themselves to success working themselves to the bone to get there. Not all of them come from privilege.

There is also a very large body yet of those who with their meagre earnings, drink themselves to death, curse and swear at government, join the Bersih crowds of mainly Chinese with some Indians at the helm ready to devour them for the causes of others and spit them out into the heap at the end of the day as they have all throughout the history of Malaysia.

The choices are stark but they are there. Leaders are not always born.  Many more are the by product of failure and adversity. They have succeeded because they have persisted.

The Tamils must organise. They must be prepared to do deals with government and the majority and leave emotion and cultural differences at the door when they enter into negotiations.

Lets hope this Deevali, the triumph of light over darkness will ensure the light of truth and knowledge will shine amongst the Tamils in places where the light has never been before.