I was pulled out of line in the immigration queue at Los Angeles airport as I came in to the USA. Not because I was Mem Fox the writer – nobody knew that – I was just a normal person like anybody else. They thought I was working in the States and that I had come in on the wrong visa.

I was receiving an honorarium for delivering an opening keynote at a literacy conference, and because my expenses were being paid, they said: “You need to answer further questions.” So I was taken into this holding room with about 20 other people and kept there for an hour and 40 minutes, and for 15 minutes I was interrogated.

The belligerence and violence of it was really terrifying

The room was like a waiting room in a hospital but a bit more grim than that. There was a notice on the wall that was far too small, saying no cellphones allowed, and anybody who did use a cellphone had someone stand in front of them and yell: “Don’t use that phone!” Everything was yelled, and everything was public, and this was the most awful thing, I heard things happening in that room happening to other people that made me ashamed to be human.

There was an Iranian woman in a wheelchair, she was about 80, wearing a little mauve cardigan, and they were yelling at her – “Arabic? Arabic?”. They screamed at her “ARABIC?” at the top of their voices, and finally she intuited what they wanted and I heard her say “Farsi”. And I thought heaven help her, she’s Iranian, what’s going to happen?

There was a woman from Taiwan, being yelled at about at about how she made her money, but she didn’t understand the question. The officer was yelling at her: “Where does your money come from, does it grow on trees? Does it fall from the sky?” It was awful.

There was no toilet, no water, and there was this woman with a baby. If I had been holed up in that room with a pouch on my chest, and a baby crying, or needing to be fed, oh God … the agony I was surrounded by in that room was like a razor blade across my heart.

When I was called to be interviewed I was rereading a novel from 40 years ago – thank God I had a novel. It was The Red and the Black by Stendhal – a 19th century novel keeps you quiet on a long flight, and is great in a crisis – and I was buried in it and didn’t hear my name called. And a woman in front of me said: “They are calling for Fox.” I didn’t know which booth to go to, then suddenly there was a man in front of me, heaving with weaponry, standing with his legs apart yelling: “No, not there, here!” I apologised politely and said I’d been buried in my book and he said: “What do you expect me to do, stand here while you finish it?” – very loudly and with shocking insolence. 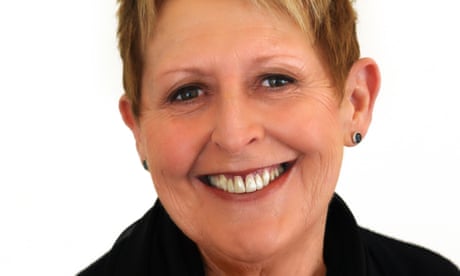 Australian children’s author Mem Fox detained by US border control: ‘I sobbed like a baby’

The way I was interviewed was monstrous. If only they had been able to look into my suitcase and see my books. The irony! I had a copy of my new book I’m Australian, Too – it’s about immigration and welcoming people to live in a happy country. I am all about inclusivity, humanity and the oneness of the humans of the world; it’s the theme of my life. I also had a copy of my book Ten Little Fingers and Ten Little Toes. I told him I had all these inclusive books of mine in my bag, and he yelled at me: “I can read!”

He was less than half my age – I don’t look 70 but I don’t look 60 either, I’m an older woman – and I was standing the whole time. The belligerence and violence of it was really terrifying. I had to hold the heel of my right hand to my heart to stop it beating so hard.

They were not apologetic at any point. When they discovered that one of Australia’s official gifts to Prince George was Ten Little Fingers and Ten Little Toes, he held out his hand and said: “It’s been a pleasure to meet you, Ms Fox.” I was close to collapse, very close to fainting, and this nearly broke me – it was the creepiest thing of all.

I had been upright, dignified, cool and polite, and this was so cruelly unexpected, so appalling, that he should say it was a pleasure. It couldn’t have been a pleasure for him to treat me like that, unless he was a psychopath.

In that moment I loathed America. I loathed the entire country. And it was my 117th visit to the country so I know that most people are very generous and warm-hearted. They have been wonderful to me over the years. I got over that hatred within a day or two. But this is not the way to win friends, to do this to someone who is Australian when we have supported them in every damn war. It’s absolutely outrageous.

Later in the hotel room I was shaking like a leaf. I rang my friend, my American editor and bawled and bawled, and she told me to write it all down, and I wrote for two hours. I fell asleep thinking I would sleep for eight hours but I woke up an hour and a half later just sobbing. I had been sobbing in my sleep. It was very traumatic.

After I got back to Australia I had an apology from the American embassy. I was very impressed, they were very comforting, and I’ve had so many messages of support from Americans and American authors.

I am a human being, so I do understand that these people might not be well-trained, but they now have carte blanche to be as horrible and belligerent as they want. They’ve gone mad – they’ve got all the power that they want but they don’t have the training.

They made me feel like such a crushed, mashed, hopeless old lady and I am a feisty, strong, articulated English speaker. I kept thinking that if this were happening to me, a person who is white, articulate, educated and fluent in English, what on earth is happening to people who don’t have my power?

That’s the heartbreak of it. Remember, I wasn’t pulled out because I’m some kind of revolutionary activist, but my God, I am now. I am on the frontline. If we don’t stand up and shout, good sense and good will not prevail, and my voice will be one of the loudest.

As told to Lucy Clark

and captured here on BlogTakes