This article first appeared on the Dorf on Law site.

On Sunday, United Airlines passenger David Dao was forcibly removed from his United Airlines flight when he refused to relinquish his seat. The police officers who removed him from the seat, then dragged him down the aisle of the airplane. Videos of the incident show a visibly injured and bloodied Dao screaming. Jens David Ohlin writes to share … 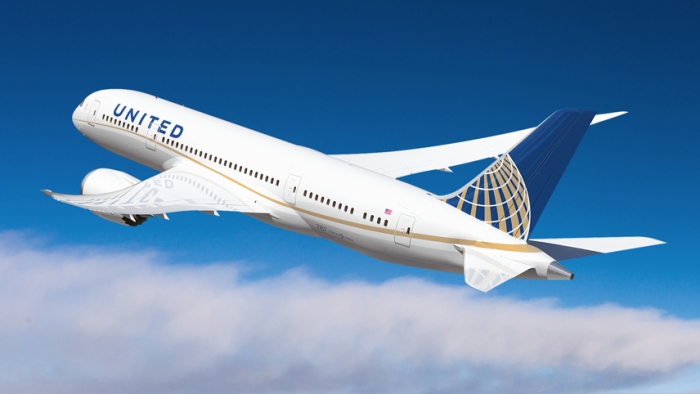 Videos also show a clearly injured Dao returning to the plane, walking up and down the aisle and muttering that he needed to get home. He was then escorted off the plane a second time.

The incident has caused a PR nightmare for United Airlines. Videos of the incident have reinforced the public perception that airlines care too much about their profit margins and too little about their passengers.

The initial public comments from the airline exacerbated the PR crisis by insufficiently recognizing the depth of the public’s anger over the issue. Instead of apologizing profusely in the first instance, the airline initially issued statements indicating that it was reviewing the situation and apologizing only for the need to “re-accommodate” the affected passengers.

Only later did United CEO Oscar Munoz issue a blanket apology for the incident and pledge a full investigation and review of its policies that led to the event. 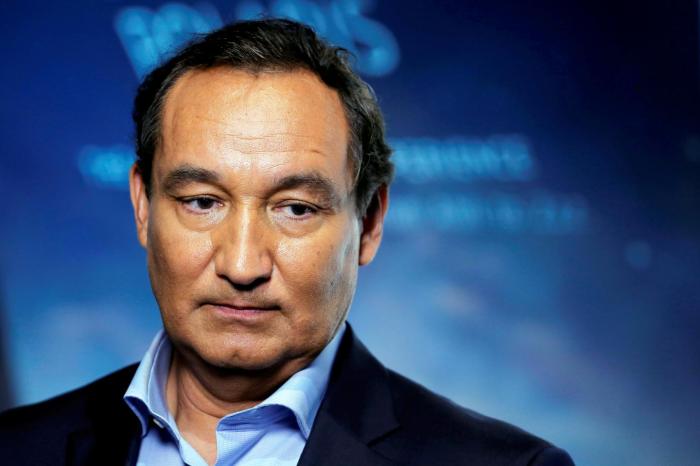 The airline’s stock has declined since the incident became public, and some on the internet are suggesting a consumer boycott. Twitter users have relentlessly mocked the airline with a series of vicious memes.

For the moment, I want to focus on the basic premise—and legal assumptions—behind most of the press accounts of the incident.

Most articles and news reports have implied that the airline was permitted to remove Dao from the airplane. Articles have made this claim as part of a larger point to readers: Airlines frequently overbook their flights and “bump” passengers, and then pay them compensation in line with federal regulations governing the payment of this compensation.

It happens all the time, according to the newspapers.

This overarching narrative—repeated in virtually every newspaper, with only a few exceptions—is incorrect at least as applied to this situation. Or, at the very least, it is far more complicated than the news reports suggest.

CEO of United Airlines Oscar Munoz in New York, on June 2, 2016. Jens David Ohlin writes that there is no provision in the United Airlines contract with its customers for deplaning a seated passenger because the flight is oversold. Bottom line is that if the airline wants to bump you from the aircraft, it must deny you boarding. After the crew grant you boarding, the number of conditions under which they may deplane you substantially decreases. Lucas Jackson/reuters

In truth, airlines do indeed “bump” passengers from oversold flights, but the process by which they do so is to “deny boarding” to ticketed passengers who have otherwise complied with the boarding requirements. However, Dao was not denied boarding. Dao was granted boarding, and then subsequently involuntarily deplaned, which is not the same thing.

To understand the difference, it is important to review the facts of the case. This summary is drawn from press reports in major newspapers.

It appears that Dao had a valid ticket. He presented his ticket to the gate agent, who accepted the ticket, scanned it and granted him access to the causeway and the airplane. Because he was granted boarding, Dao walked onto the aircraft and took his seat.

Only later, after he and the other passengers were in their seats, did a representative come onto the plane and explain that four seats would need to be surrendered to make room for four United Airlines employees who needed to get to Louisville.

Like all airlines, United has a very specific (and lengthy!) contract for carriage outlining the contractual relationship between the airline and the passenger. It includes a familiar set of provisions for when a passenger may be denied boarding (Rule 25: “Denied Boarding Compensation”).

When a flight is oversold, UA can deny boarding to some passengers, who then receive compensation under specific guidelines. However, Dao was not denied boarding. He was granted boarding and then involuntarily removed from the airplane. What does the contract say about that?

It turns out that the contract has a specific rule regarding “Refusal of Transport” (Rule 21), which lays out the conditions under which a passenger can be removed and refused transport on the aircraft. This includes situations where passengers act in a “disorderly, offensive, abusive, or violent” manner, refuse to comply with the smoking policy, are barefoot or “not properly clothed,” as well as many other situations.

There is absolutely no provision for deplaning a seated passenger because the flight is oversold.

An added complication here is that the flight wasn’t even oversold. The contract defines an oversold flight as “a flight where there are more Passengers holding valid confirmed Tickets that check-in for the flight within the prescribed check-in time than there are available seats.”

In this case, the airline attempted to remove seated passengers to make room for airline staff requiring transport to another airport, not because it had sold more tickets than there were seats available.

In any event, this point is largely moot, because neither employee transportation nor oversold situations is listed as among the reasons that a passenger may be refused transport.

One might argue that Dao had not completed “boarding” until the cabin door was closed. This argument would be wrong. The term “boarding” is not defined in the definition section of the contract, and absent an explicit definition in the contract, terms are to be afforded their plain meaning.

“Boarding” means that the passenger presents a boarding pass to the gate agent who accepts or scans the pass and permits entry through the gate to the airplane, allowing the passenger to enter the aircraft and take a seat.

It is possible in this regard to distinguish between the collective completion of the plane’s boarding process, which is not complete until all passengers have boarded and the cabin door is closed. But that is different from each passenger’s boarding, which is complete for each individual once he or she has been accepted for transportation by the gate agent and proceeded to the aircraft and taken his or her assigned seat.

Bottom line is that if the airline wants to bump you from the aircraft, it must deny you boarding. After the crew grant you boarding, the number of conditions under which they may deplane you substantially decreases.

In this case, United Airlines made the mistake of boarding all passengers and then trying to find space for additional crew. The airline should bear the burden of this mistake, not the passengers who successfully boarded the plane. If the airline doesn’t like this, it should have written a different contract.

Might the airline argue that it had the right to refuse transport because Dao was “disorderly, offensive, abusive, or violent” (Rule 21H1) or causing a “disturbance” (Rule 21H4)?

Although this depends on the facts, news reports suggest that Dao was not upset, and was minding his own business until he was told that he was being involuntarily removed and he was dragged kicking and screaming from the aircraft.

His being upset was caused by the breach by United Airlines of its contractual duties towards him as a passenger, rather than the reverse.

Finally, Rule 21 includes a provision on force majeure and other unforeseen circumstances such as weather, but there is no evidence that the airline had to specifically deplane Dao due to a force majeure that was impacting his plane.

Perhaps UA could make the argument that getting the airline employees to Louisville was a necessary response to unforeseen circumstances (weather-related flight delays and cancellations in another city that caused the crew to be misplaced). The contract allows the airline to take actions that are “reasonable” or “advisable” in response to circumstances beyond its control.

UA might give “reasonable” a utilitarian gloss and argue that it was reasonable (i.e., economical) for it to deplane four passengers to transport the misplaced crew and thus prevent cancellation of another flight that would have impacted a far greater number of passengers. (I have no idea if the facts support this contention or not.)

The argument is vulnerable to various questions about the reasonableness or advisability of the action. Could the airline have arranged alternate transportation for the misplaced crew, such as renting a car and driver, or used a larger aircraft, but refused to do so because it was too cheap?

Following this train of thought might just make the public angrier. The utilitarian argument suggests that the rights of individual passengers can be balanced away—which is precisely why so many people are furious about the airline’s conduct.

All of this means that the airline may not have had the right to remove Dao from the aircraft.

What are the consequences of this breach? Rule 21 on Refusal of Transport states that “UA is not liable for its refusal to transport any passenger or for its removal of any passenger in accordance with this Rule” and that the sole remedy is a refund of the ticket.

In this case, however, United Airlines did not deplane the passenger “in accordance with this Rule” but probably acted contrary to the rule. So, the liability exclusion by its terms does not apply.

The last aspect of this case, the most disturbing one, is the level of force used by the police officers. Based on the videos, most observers have concluded that the force was excessive and unnecessary given the circumstances.

A deeper issue is whether the police had the authority to remove Dao in the first instance once United Airlines declared him persona non grata and asked the police to treat him as a trespasser.

Presumably the police had the authority to remove him (but only with an appropriate level of force), but even so, there is a plausible argument that Dao’s injuries and damages suffered during that process were caused by the airline’s breach of contract, which specifically defines the circumstances when it can refuse transport, none of which applied in this case.

In some situations, a contractual dispute and a trespassing dispute should be kept separate. Say you hire a painter to paint the inside of your house. You refuse to pay, and so the painter says, “I’m not leaving until you pay me.” When the painter refuses to leave, you call the police and ask them to remove him because he is trespassing. The proper resolution is that the painter must leave but can sue you for breach of contract.

That may be so, but in that case, the painter’s refusal to leave is incidental to the object and purpose of the contract, which is to paint the house, not stay in your house.

In contrast, the object and purpose of the contract of carriage is, among other things, to require the airline to transport the passenger from location A to location B aboard aircraft C. Being on the aircraft is the whole point of the contract, and it specifically lists the situations when the airline may deny transport to a ticketed customer.

Since the airline did not comply with those requirements, it should be liable for the damages associated with their breach.